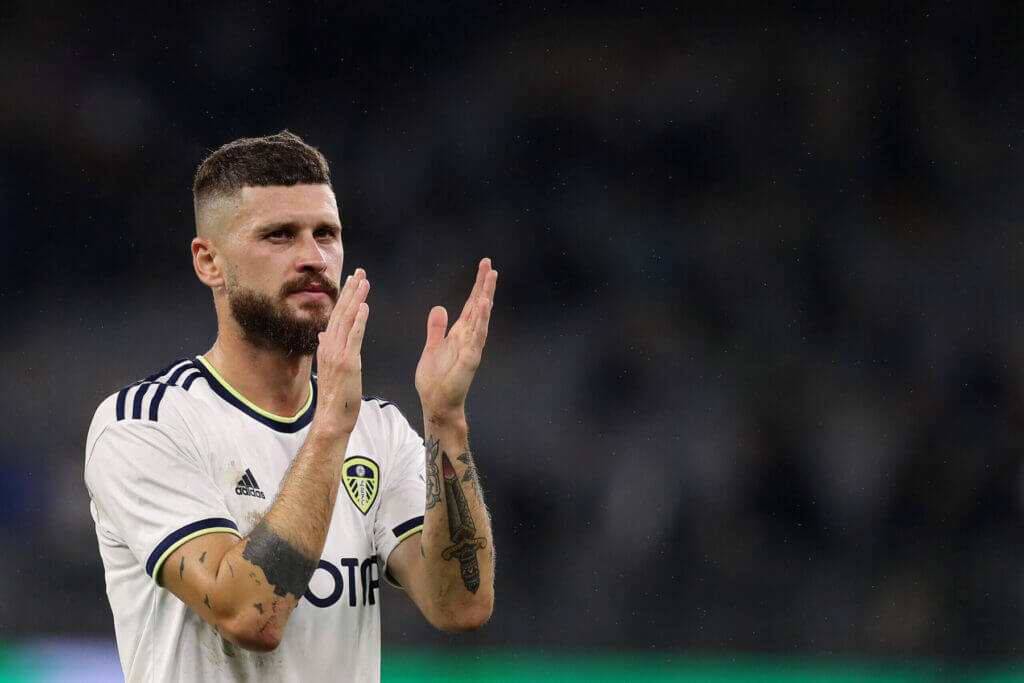 Mateusz Klich’s career at Leeds United is over with the midfielder set to complete a move to MLS side D.C. United.

Klich left the pitch in tears after tonight’s 2-2 draw with West Ham United at Elland Road and his team-mate donned T-shirts with his face on it, signalling the end of his time with the Yorkshire side.

“He now departs Leeds with the best wishes of the club, with a move the MLS set to follow.

“Everyone at Leeds United would like to thank Mateusz for his efforts during his time at the club, his contribution is truly unforgettable.He has acted with the upmost professionalism throughout his time at Elland Road and will always be respected by everyone at the club.

“Mateusz leaves Leeds United as a champion and will always be welcome at Elland Road.We wish him all the best as he starts a new chapter in the USA.”

The Poland international has been with Leeds since arriving in a £1.5million move from Holland’s FC Twente in 2017 and despite a slow start to his career in England, he went on to be a huge part of their promotion squad under Marcelo Bielsa, playing in 92 consecutive matches for the Argentinian coach as Leeds returned to the Premier League after a 16-year exile in 2020.

His minutes have been limited under Jesse Marsch this season, though, and D.C. United – coached by Wayne Rooney – are understood to have made him the offer of a three-year contract in the States. His existing deal at Elland Road was due to run out in 2024.

Marsch, who was wearing a T-shirt with Klich’s face on at a press conference, said: “This was not a black and white decision. This was a lot of different discussions and Klichy being presented with an opportunity which he thought was more long-standing, providing stability for his family and an opportunity to provide something new.

“He and I had discussions which were often unsure about what the final decision should be. Even at this moment, I knew that in a moment when we needed more courage on the pitch that Klichy was the right guy to be. This is how he is, this is how he lives life and plays football.

“We’re not absolutely sure it’s the right decision (for Leeds) but we wish him all the best.”

Pressed on whether Leeds would bring in a replacement for Klich in the January transfer window, Marsch added: “We have enough quality. But his personality, his courage, his bravado. That part will be tough.

“I even said to the team, we have to find our inner Klichy in all of us to make sure we’re ready to perform in every match.”

Marsch also confirmed Klich’s experience will be a big miss to his squad, saying: “You’re absolutely right and it’s why from the beginning I wasn’t totally convinced it was the right decision for him or us.

“But I want to say I’m very happy. There’s a respect level for what Klichy has achieved. That opportunity (at DC United) might pass him by (if he doesn’t take it now).

“Of course he wants to play more. He loves it here and I couldn’t promise him we’d play him as much as if he went somewhere else. This is the decision that was made which was probably best for all parties.”

Klich is wanted in MLS and is open to a move, so is it time for him and Leeds to part ways?