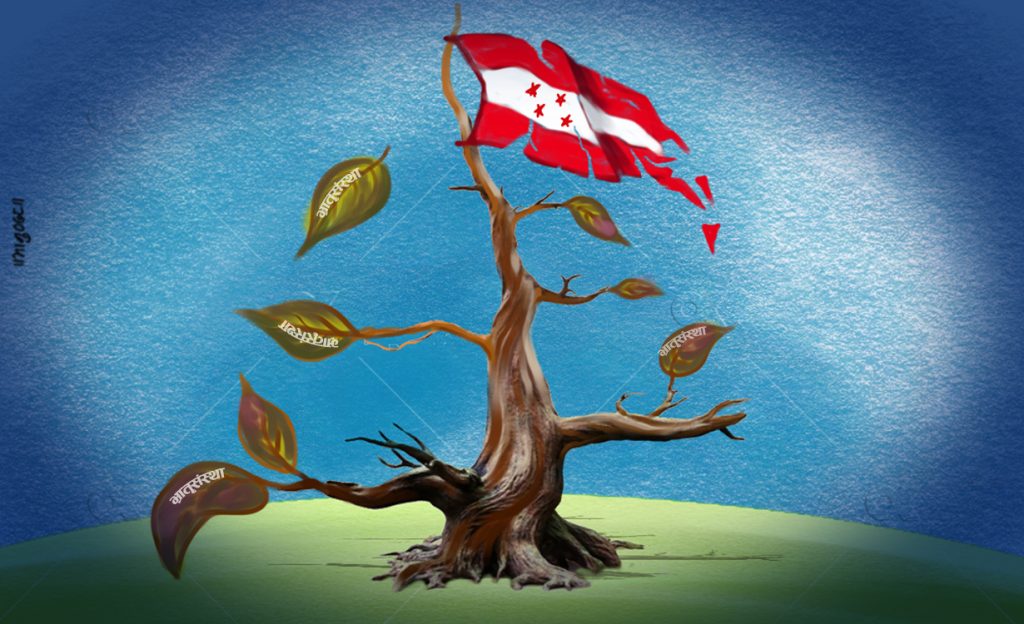 What will be the first object created by thinking different from what people see with their eyes? A statue of a male lion (Löwenmens) that was found in a cave in Germany is about 40,000 years earlier than what science has discovered to date. Based on that, anthropologists believe that the development of human creativity and the ability to think unseen began about 35-40 thousand years ago. Along with the development of the ability to create, people want freedom. A free society can address social issues at large. This is the above-mentioned means of developing the talent of hard-working, creative and risk-taking people and giving leadership to the community economically and socially.

Although the concept of a free society (democracy) originated in Greece and other civilizations, the current Western model of liberal democracy is only 250 years old. Many of the democratic systems that are said now have been built within this concept. This is also the main theoretical basis of the liberal democratic system initiated by the Congress since 2007.

Every society has political representation agencies which we call party and that party is led by leader or leadership. In order for such an agency to be an accurate representation of the people, it carries certain principles, ideas and policies to address the various aspirations of the people. The society has given such agencies the reins of state power on the basis of addressing the aspirations of the people with the same philosophy and ideas. Therefore, the leadership of such an agency must understand at least some basic assumptions. As such, a party is governed by consensus and trust with society and not by imposed ideas and decisions. A party with ideas and philosophy should run according to the system (law) developed by itself and the law binds the leadership and even the independent members of the party.

The credibility of the leadership of such a party and ideology does not rise only on the basis of how many votes are brought in a periodic election. How much did the party’s philosophy, policies and programs attract the society in the long term? How capable and strong were the people, workers and leaders? How active were they with self-respect? To what extent was the organization of the party able to dissolve in the activities of economic and social development of the country as a whole and was it able to show the way for the improvement of the society or not? How did the leadership of the party convey its agenda and ideas to the workers and the society? Based on that, it is understood what kind of organization and what kind of workers the leadership is trying to produce and in which direction the party is going.

According to Henry Kissinger, the leadership/leader should combine two axes in the politics of holding the reins of the society. An axis between past experiences and dreams of future resolutions. Another, the axis between the established basic values ​​of a civilized society and the populist aspirations of the electorate. Only by combining these axes can intuitive leadership analyze the various dimensions of society and draw a blueprint for the future.

Even in Nepal, with the strength of the 2062-63 movement, a republican constitution including inclusiveness and federalism was obtained in 2072. Along with this, there was a desire in many people that the people or groups who led the change in different periods would become a long-term blueprint for economic and political transformation of society and the rhythm of sustainable development. The greater expectation of every Nepali was that the society would be politically stable and that a society and a country would become a society and a country where those who try to make a bright future by using their skills, courage, creativity and entrepreneurship will grow, blossom and thrive. But in contrast to that, in the 8 years since the constitution was adopted, various more challenges have appeared in the Nepali society.

For the transformation of the Pali Congress, there is no alternative but to go through a comprehensive reform of the working style, trend and pace adopted by its leadership. Power and power are only the means needed to fulfill the aspirations of the people. Social transformation requires capable leadership who have good and up-to-date ideas, sustainable policies, cultured culture and the ability to solve complex problems holistically.

If the current constitution is to be implemented in a sustainable manner and if the political party and leadership believe it is right to do politics for the country and the people, then the common people facing the country must be sensitive to solving the challenges. It is necessary for the agencies of the society i.e. political parties to be active with the new trend following the experience of the old characters.

Since tradition, politics dominates the democratic system and it is politics that has drawn the outline of the system for solving economic, social and environmental issues. Therefore, after the election, the problems faced by the nation should be addressed politically. For that, the future government and parliament will have to walk the path of drawing the framework of the system that will solve it as much as possible. The framework of such a system should not be outside the spirit of the constitution and liberal democracy.

The Nepali Congress, the party that planted the seeds of the democratic movement in Nepal, is now the largest party, but it is in the opposition due to its lack of political skills and management. While remaining in the opposition, it will be important to strengthen the foundation of liberal democracy in the future, how its leadership will advance its ideas, philosophy, policies, party and party.

Looking at the ideological and political journey of the Nepali Congress for the past few years, there is little room to be confident about its leadership. BP used to say – ‘We should not give up our principles and compromise with anyone.’ This is still relevant today. But the leadership of Nepali Congress has recently been giving less priority to its ideas and philosophy for power and strength. In order to win the election, the leadership has created a situation where the central committee has to make the decision to vote for the election symbol of another party whose ideas and philosophy do not match.

To implement the policies, plans and programs made within the framework of your ideas and philosophy, you have to take the initiative to go to power through your agenda and organization. Gaining power and power by climbing on the crutches of others is never the path shown by democracy. Congress has the responsibility to protect and strengthen the foundations of open economy with liberal democracy and social justice that Nepali society wants. To fulfill this responsibility, the Congress must ensure a transformation in style, rhythm and pace to infuse new energy within Parliament and within its party.

In order to change the current style, rhythm and pace of the Congress, its constitution must first be changed. Communists follow the slogans of populism. Congress has followed the style of opening party organizations at every level of society according to the concept of All Nepali Panch All Five Nepalis. But on the other hand, we have made the party’s internal elections very competitive and polarized up to the wards. This is increasing infighting within the party rather than harmony. Therefore, the constitution should be amended by reconsidering the process of creating organizational structures and its structure.

Another important task is to rectify the weaknesses and mistakes in the implementation phases of the present constitution. In order not to contradict the spirit of the constitution, there should be a clear provision in the constitution of the party to amend the regulations, laws etc. Shamelessness in economic governance, conversion to religion due to greed, inclusive and proportional system should be corrected in the law.

Congress should also prioritize addressing the aspirations of the new generation. For this, it is necessary for the party to update its economic and social philosophy with the changes brought about by current technology, migration, education, political awareness, new creations seen in the production and service sector, and the updated interpretation of ‘socialism’. Policies, programs and plans that the society can trust and accept and that can be mobilized by our leadership’s ability to use the necessary tools and resources for that, must come before the people.

Even the new generation has not got a deep understanding of the Congress due to the decaying condition of the fraternal organizations. Instead of going to the people and expanding the organization, the leadership has institutionalized a style and culture that is rewarded by Ganesha instincts. Access to opportunities should be ensured only to the leadership who conveys the ideas and policies of the party to the people. For this, the leadership should change the current practice and adopt a ‘bottom-up’ concept. Only then will Congressmen turn from leader-oriented to people-oriented. Whether it is urban or rural, Nepali society has now established an interdependent relationship with the market. Society has become integrated in every market activity.

People’s routine is unimaginable without market. In addition to making politics clean and dignified, the class involved in politics should be made independent. This work cannot be done by the party only conveying empty political ideas to its leaders and workers. It is also necessary to teach the knowledge and art of how the party can use their hard work, skills and creativity and entrepreneurship to be hardworking and successful.

On the whole, there is no alternative for the transformation of the Nepali Congress to go through a major reform of the style, trend and pace adopted by its leadership. Power and power are only the means needed to fulfill the aspirations of the people. Social transformation requires capable leadership who have good and up-to-date ideas, sustainable policies, cultured culture and the ability to solve complex problems holistically. It has been seen that the abuse of authority and power without such ideas, policies and traditions has been done by the leadership who wears the mantle of democracy in many democratic countries. Nepal is also not immune from such practice. Therefore, it seems that there is a need to transform the ‘character, movement and face’ of the party in order to satisfy the leadership, workers and well-wishers at various levels of the Nepali Congress. Let’s not waste an opportunity to decide the future path and make the campaign of transformation worthwhile by debating the important central committee meeting of the party.