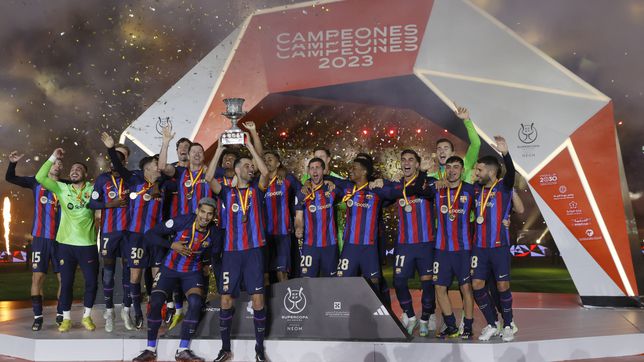 Gerard Pique hasn’t had a particularly good time of things of late But there is at least some good news for him coming from the Spanish Super Cup. Cosmos, a sports and entertainment company founded by the former Barcelona defender, Helped the RFEF negotiate a deal to take the tournament to Saudi Arabia and as a result earns a commission of €4 million per year.

In June 2021, the Spanish confederation agreed to a deal that could earn Saudi Arabia between €240 million and €320 million for hosting the tournament until 2029. The move drew criticism from almost all quarters. Amnesty International condemned the federation for “helping to ‘whitewash’ the image of Saudi Arabia”, where it said there had been little improvement in the “systematic abuse of homosexuals and ongoing discrimination against women”.