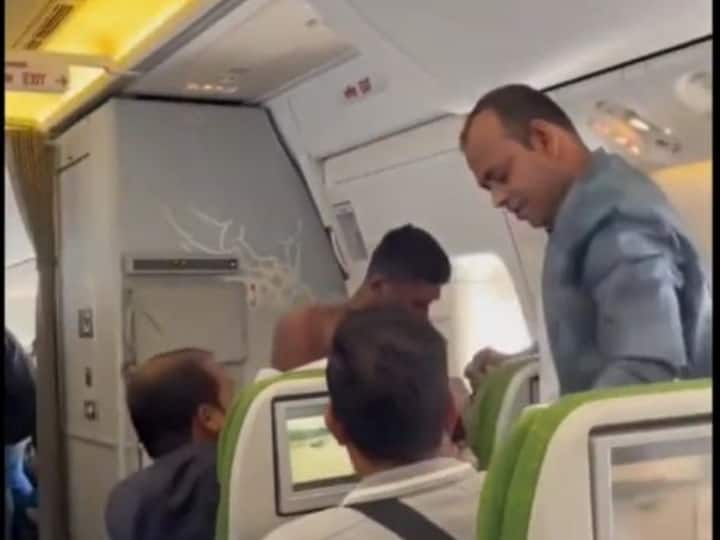 Bangladesh Flight Passengers Fighting: These days the cases of misbehavior on the part of the passengers are increasing in the flights of many countries of the world. Recently, in Air India’s New York-Delhi flight, there was a case of urine on the seat of an elderly female passenger. Meanwhile, a fresh case of two passengers fighting in a Bangladesh flight has come to the fore. According to the information, there was a scuffle between two passengers during the flight itself.

According to media reports, this incident of scuffle between the passengers took place inside a flight operated by Biman Bangladesh Flight of Bangladesh.

According to the information, two passengers clashed with each other in the flight of Bangladesh. This fight between the two has gone viral on social media. In the video, both can be seen scuffling. According to the video shared by Twitter user Bitanko Biswas, the incident took place inside a flight operated by Biman Bangladesh, the national carrier of Bangladesh.

Another “Unruly Passenger” 👊
This time on a Biman Bangladesh Boeing 777 flight!🤦♂️ pic.twitter.com/vnpfe0t2pz

Several other passengers on the Bangladesh flight try to intervene in the fight between the two and even try to pull him away. However, the date and flight route regarding the incident is yet to be known. Many Twitter users have expressed concern about the incident.