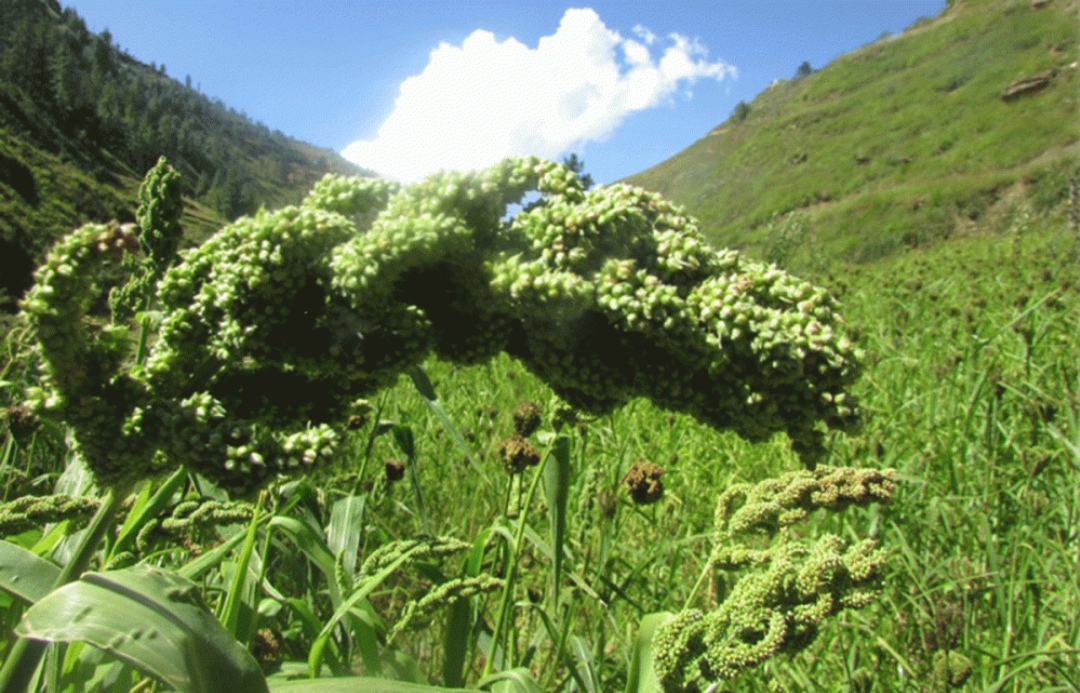 Although kaguno production is less in Jumla, its demand is increasing day by day.

Although the production of kaguno in the district is low, the number of people who use kaguno and their demand has increased, said Govind Acharya, owner of Koseli Ghar Jumla.

He says that Kaguno rice brought by farmers is sold in a moment. According to him, the production of kaguno in Jumla is low. But the demand is high. According to Acharya, the rice of Kaguno could not be sent as per the demand.

Last year, Acharya sold 7 quintals of Kaguno rice. He claimed that he had taken it to Pokhara Kathmandu Kapilvastu. ‘The demand for Kaguno rice keeps coming, but when the production is very low, it is difficult to deliver.’ He said.

He complains that Kaguno Jumli has not been chosen by the farmers. He says ‘Farmers are not attracted to Kaguno farming. Demand for Kaguno rice is coming from Surkhet and Kathmandu. Tourists who come to visit Rara through the Karnali highway have been searching for Kaguno’s rice.

Rishiram Pandey, manager of Chandannan Multi-Purpose Cooperative Organization, also said that foreign tourists take rice from Kaguno. He said, ‘Kaguno’s rice is very popular among tourists. But the farmers do not seem to cultivate kaguno saying it is difficult. Farmers do not even cultivate due to lack of machines for crushing Chinese kaguno. As a result, the demand for Kaguno rice coming from outside the district has not been met.’

According to the senior citizens of the village, Kaguno belongs to Raithane Bali of Jumla. It is a crop that can give reliable yield even when cultivated without fertilizer application. Kaguno can be planted in dry, unirrigated land. Kaguno rice, it can be ground into flour and eaten as bread and dumplings.

According to experts, kaguno can be grown from sea level to an altitude of over 2,000 meters. Vijayanir Jumla, Agricultural Research Center, said that research is being done to identify the best varieties by collecting local varieties of Kaguno to develop advanced varieties of Kaguno. Kaguno is sown in the month of Chait Baisakh in Jumla. Kaguno is produced in 1500 to 2000 metric tons per hectare. Kaguno is a fast maturing grain, usually sown in February with maize.

According to Ganesh Adhikari, Chief of District Agricultural Development Office Jumla, Kaguno has been cultivated in 15 hectares in Jumla. 15 metric tons of kaguno seeds are produced annually. As much as 8 metric tons of rice is produced during processing. All but a couple of metric tons of Kaguno’s rice is exported. In Jumla, kagun is grown in combination with millet, sugarcane and maize.

On the other hand, Chitha Bohora of Chandannath Municipality 8 Talium in Jumla says that 10 kilos of Kaguno rice is sold easily by the Koseli House opened at the headquarters. She has made 1600 rupees by selling Kaguno rice at 160 rupees per kg. She said that there is a plan for commercial cultivation of kaguno in the coming days.

Nanda Prasad Devkota of Jumla Guthi Chaur 5 Kaguno for the first time after selling 5 kg of Kaguno rice at 160 rupees per kg, Devkota, who returned home excited, is now discussing Kaguno cultivation with every farmer in the village. Dozens of farmers like them come from Tatopani, Patarasi, Guthi Chaur and Chandannath municipalities of the district to sell Kaguno rice at their home in Koseli.

They say that the money from the sale of Kaguno’s rice is used to buy children’s pens. The tradition of wearing kaguno in the village is slowly disappearing.