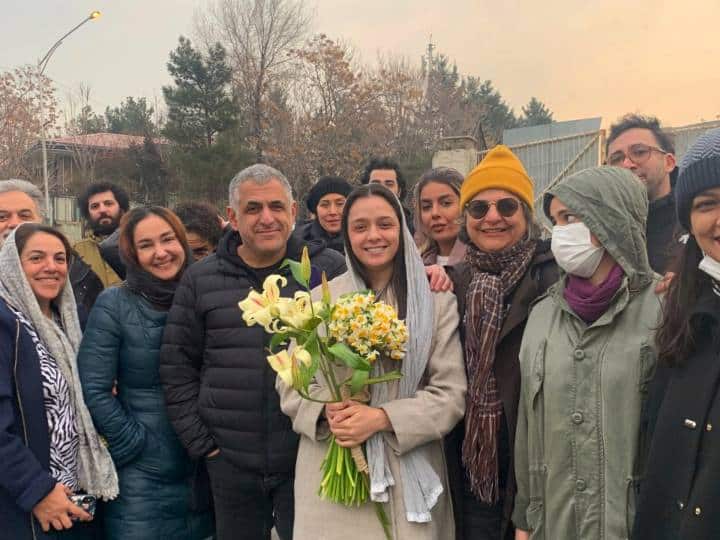 Taraneh Alidoosti: Taraneh Alidosti is a popular actress from Iran. He was sent to jail for criticizing the crackdown on anti-government protests. After this, on Wednesday (January 4), he was released almost three weeks later. She is the actress of the Oscar winning film ‘The Salesman’. This film was directed by Asghar Farhadi.

Iran’s semi-official ISNA news agency has confirmed the release of the actress. Even before this, the actress’s mother Nadere Hakimlahi had given information while posting a post on Instagram. Alidosti also posed with flowers among his friends on Wednesday (January 4) after being released from Tehran’s infamous Evin prison. However, no further information has been shared in this matter.

Taraneh Alidosti supported a nationwide protest to criticize the violent crackdown on the hijab by the authorities in Iran. For this, he had posted at least three messages on his Instagram regarding support and later deactivated the account.

An Instagram post was related to the protests triggered by the death of a woman in police custody. A person involved in this protest was hanged. There was a widespread call for the overthrow of Iran’s ruling clerics. Alidosti wrote in an account with nearly 8 million followers before his arrest. “Every international organization that is watching this bloodshed and not taking action is a blot on humanity.”

The Islamic Republic was established in the year 1979. Since then, protests have been one of the biggest challenges in the country. In recent protests, security forces have used live ammunition, bird shot, tear gas and batons to disperse protesters.

Mohsen Shekhri was executed on 9 December on charges of blocking a road in Tehran and attacking a member of the security forces with a knife. A week later, Iran publicly executed another prisoner, Majidreza Rahnward, by hanging. He was accused of stabbing two members of the paramilitary Basij militia.

read this also:Afghanistan Women: Even if the atomic bomb is dropped, the decision to ban women will not change… Taliban Education Minister bluntly